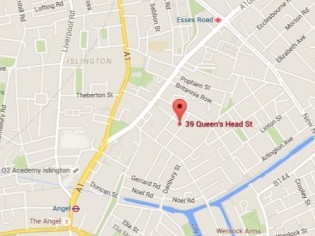 Buy a ticket for just one show, or see all three for £10.

3-4pm - Thom Tuck Goes Straight-to-DVD
Simba's Pride, Cinderella III, The Return of Jafar. Thom Tuck from the Penny Dreadfuls finally films his debut solo show for release on an obsolete format. He has watched every straight-to-DVD Disney movie, so you don't have to. Find out definitively what a midquel is. Snort derisively at Pocahontas II. Delight in the schadenfreude of this discussion, dissection and descent into madness. Also includes tales of heartbreak. Not suitable for stupid children.

5-6pm - Tony Law: Absurdity for Common People
Tony is back to spearhead the UK’s alternative comedy scene with his brand new show. After another sell out run at last year's Fringe he’s ready to take his unique brand of stand-up across the UK in a landmark tour.
Having made appearances on the likes of ‘Nevermind The Buzzcocks’, ‘Have I Got News For You’, ‘Russell Howard’s Good News’, Tony is here for one night only just for you.
This year he’s packing shadow puppetry, trampolining and the Silk Road. Truly a stand-alone voice in the world of stand up comedy, stupendously surreal there is nobody quite like this delirious Canadian.

8-11pm – Alternative Comedy Memorial Society (ACMS)
We are a fetid petri dish teeming with innovative bacterial comedy. We are built on an ethos of unrepeatable one-night-only experimentation. We are filming this one. All we need is for you (and your loved ones) to come and join the cavalcade of sparkling nonsense and watch us wave our cakes at the sky. Hosted by the least traditional double-act money can rent - Thom Tuck & John-Luke Roberts - and containing too many guest acts ("dozens of the bastards" Chortle). All we can hope for is failure: noble failure!